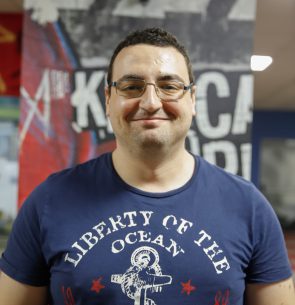 They said the next step from playing games is to make them. I’ve been a game programmer for 15 years in Ubisoft and I gladly found out the two steps can run asynchronously. I started in Ubisoft as a a junior programmer, evolving to my current role, lead gameplay programmer. The best part of the job is when everything comes together and the game gets released so we get to play it as players. In my spare time, I like playing fighting games, souls-like games, Boardgames..I guess anything that includes "games".

The Code to Gameplay Programming

The code to gameplay programming

Get inside information about the challenges and fun that game programming has to offer.